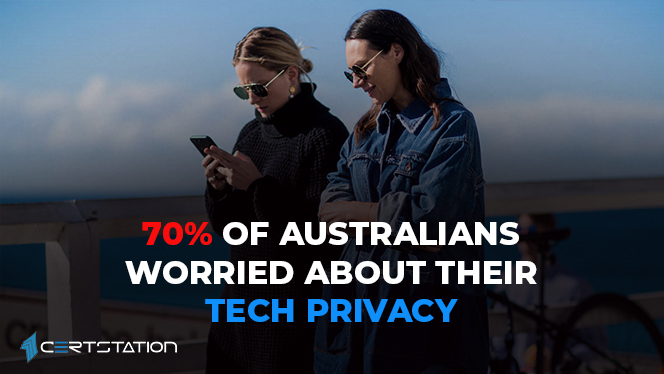 70% of people of Australia are concerned about their privacy on tech. Regardless of age or gender, people are worried about the risks and challenges that come with exposure to the online world. The security issues such as scams and online bullying are the top concerns.

ACMA (Australian Communications and Media Authority) has prepared two reports. One focuses on the concerns of aged 65 or over Australians and the second report highlights the age bracket of 13 to 34 years old.

With respect to the report, aged 65 and over Australians feel that they are forced online and more than 34% of this age bracket believes that technology has empowered them. As for the 19 to 34 years old age bracket, 66% of the people have the same opinion.

95% of Australians aged 65 use emails, banking services, video content, online shopping services. According to ACMA, the stats have greatly increased in the span of four years. While Australians aged 18 to 34 use the internet for the abovementioned activities.

The consumption of digital content of the same number of people has increased. According to the Australian Bureau of Communications, Arts and Regional Research (BCARR) discovered that people of the same stats use over the top or OTP streaming services such as Amazon Prime and Netflix as compare to those who choose free online streaming.